Project Categories
Zima
Zima (Winter) is a booklet of experimental and avant-garde poetry. A collaborative project of Serbian and Balkan authors, its editors and writers include the Škart Collective, David Albahari, Ljiljana Ilić, and more. My contribution consists of the poem Ljudi su poplave (People are Floods), the poem I generated with an AI system I've written and taught to write. 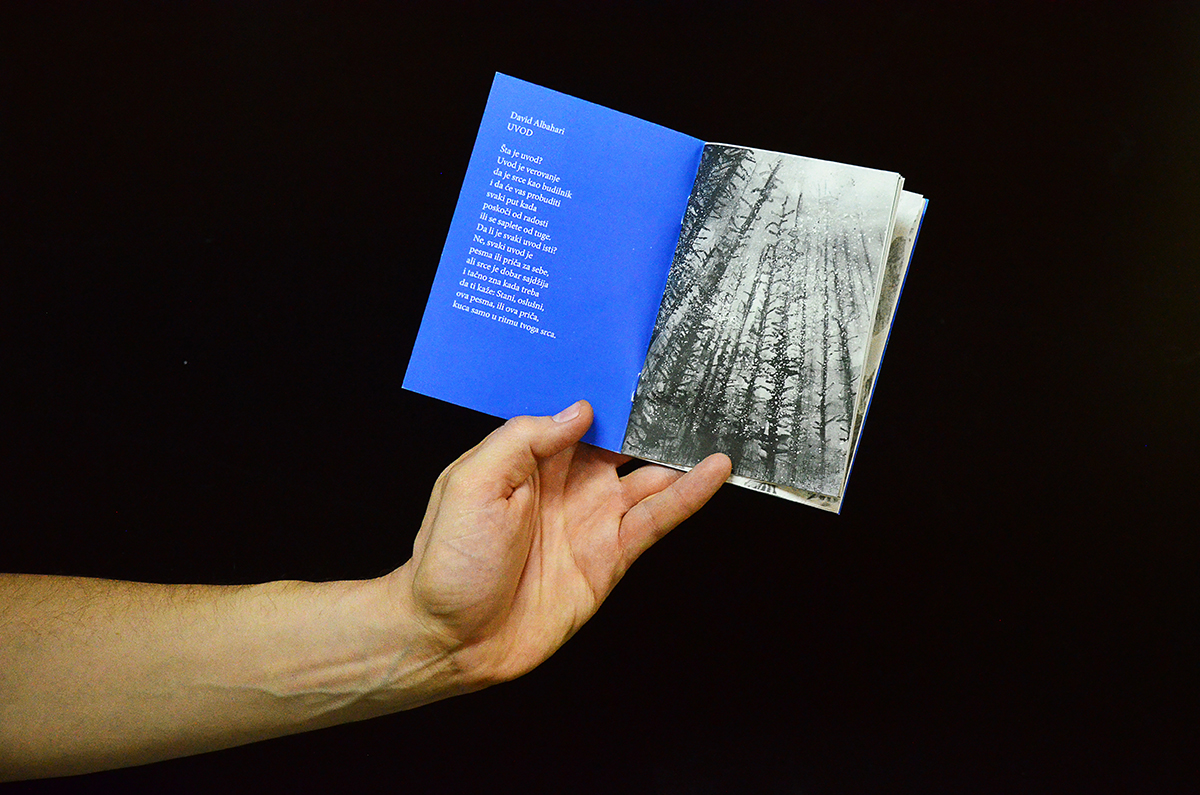 Zima (Winter) is the first of the 4 poetry booklets published by the Albahari Cultural Centre. They were named after seasons: Zima (Winter), Proleće (Spring), Leto (Summer) and Jesen (Autumn). Diverse in style and technique, poems open up possible future directions for the poetic production of text.

Ljudi su poplave (People are Floods) is its only poem generated by a computer system. Here it is translated to English:

The poem was generated using an RNN-based text generation system, trained on a combined corpus of Serbian texts, including pop rock lyrics of Momčilo Bajagić Bajaga, early modernist poems of Miloš Crnjanski, as well as the Constitution of the Republic of Serbia. After collecting hundreds of outputs, I've carefully selected the best ones, including People are Floods.

Being an author of a generative piece means creating the training corpus, choosing the right machine learning parameters, and finally selecting the output. Computers are tools; in this case, the writer is a human who selects and edits. As I've written in the explanation of the piece, also published in the book:

If the poem moves you, it is your fault; the computer program is not intelligent and it didn't want to say anything.

Calling the poem a positive example of combinatorial plagiarism, critics interpreted the poem as a love letter in the context of global migrations and local gentrification projects on the banks of Belgrade rivers. ■