Project Categories
I Do Not Wish To Be Loved,
I Wish Everyone Loved Leaves
Named after a sentence from the Miloš Crnjanski’s lyrical novel The Journal of Čarnojević, the artwork represents an interactive animated interface for generating literary text in the style of said Serbian writer. The interface is connected to a Recurrent Neural Network-based AI software trained on complete written works by Crnjanski. 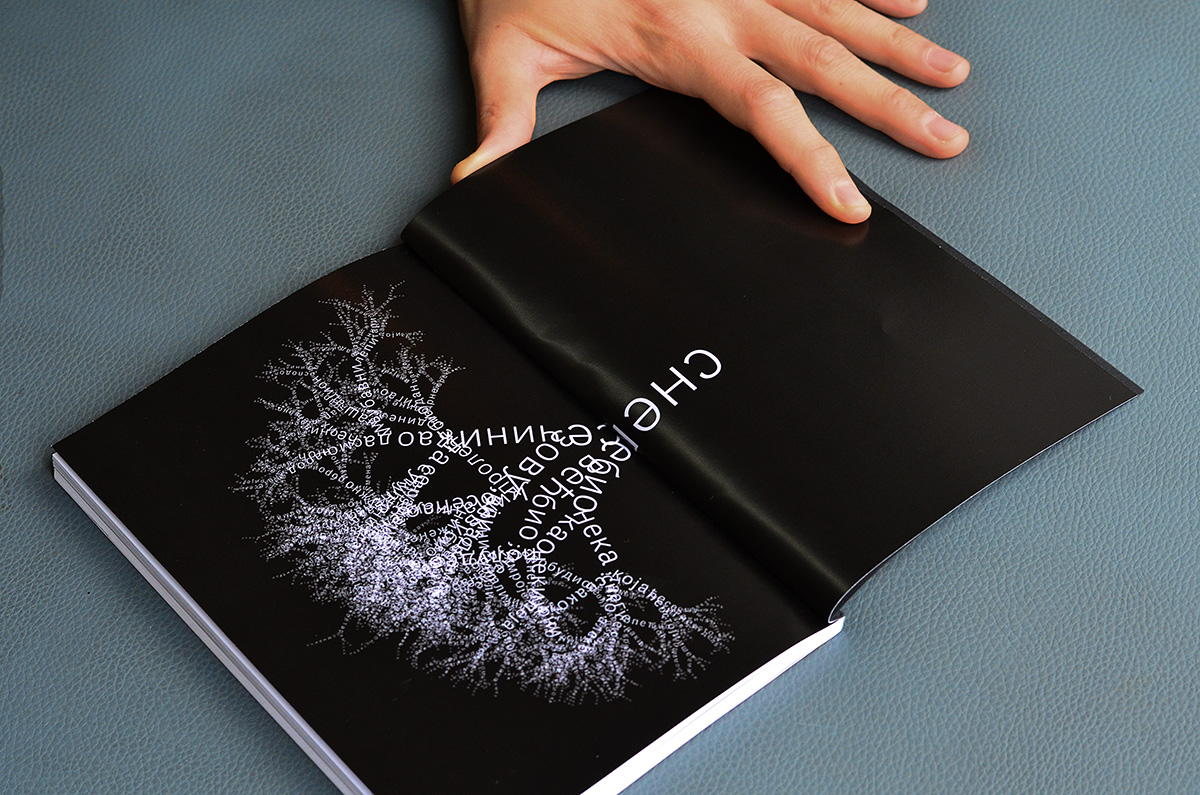 So far, this project was shown at the Gallery of the Serbian Academy of Sciences and Arts, Belgrade Museum of Science and Technology, and Pančevo Gallery of Contemporary Art. It won the national award for the best new media art installation, ARTificial Belgrade, awarded by the Everseen company.

The computer system behind the project is written in Python and JavaScript, using D3 for interactive fractal animation and Tensorflow and Keras for text generation. The RNN engine is an adaptation of Max Woolf's textgenrnn library. It is available online as an open-source project on my GitHub.

Users of the system and viewers of the installation are able to participate in the text generation process by co-creating their own literary pieces in real time via the treelike visualization of potential narrative branches. The visualization itself can be viewed as an interactive concrete poem, an arborized remixed novel, a dataist nod to old dadaist and surrealist experiments.

Here is an example of a literary text created in this manner, translated into English:

she is love and a woman and a lady and. she was visiting. a young girl, lady juliana. she was, obviously. he found her funny, just as mr pavle did mr petar only once in his life. look, that is a women that he had noticed. what is that, a mankind? why did he keep it a secret, and, he thought that the woman was his own mother and she begged him that the god remains peaceful. however, the time was very short in the house. he was not a pleasant man.

The artwork is an homage to surrealist literary pastiches and parodies of Stanislav Vinaver – another Serbian and Yugoslav writer who was also a mathematician. By playing with styles of Crnjanski and other writers, Vinaver was questioning cultural norms and media regimes of that time. Media regimes of today, however, are determined by the global digital economy: words do not belong to literature and philosophy as much as they belong to technological capital. As such, this artwork is also an artistic critique of contemporary digital media regime of text commodification, word indexing, search term optimization, textual emotion recognition, sentiment and affect classification, email surveillance, automated textual analysis, and the general corporate and political use and abuse of natural language processing techniques.

The name itself, I Do Not Wish To Be Loved, I Wish Everyone Loved Leaves, comes as an ironic comment on a plant-like cyber-utopia of endless hypertext fractal branching. Despite cyber-utopian dreams of Californian ideologues, the reality of new technologies for quantification of human life is far from an expressionist paradise.

In a world that imposes metrics upon every human endeavor, it is the responsibility of artists and writers to reappropriate these quantification tools and invent new ways of seeing, reading, making, interacting – new ways of creating meaning. ■

This art project is a heroic act of both preserving legacy and creating contemporary interpretations.