Project Categories
Trees of Petnica
Collaborative data visualization and data art project of collecting, analysing, and mapping data about every tree within the campus of Petnica Science Center, a renowned talent center for young students. The result was a beautiful hand-drawn chart of trunk diameters, scale 1 : 1. 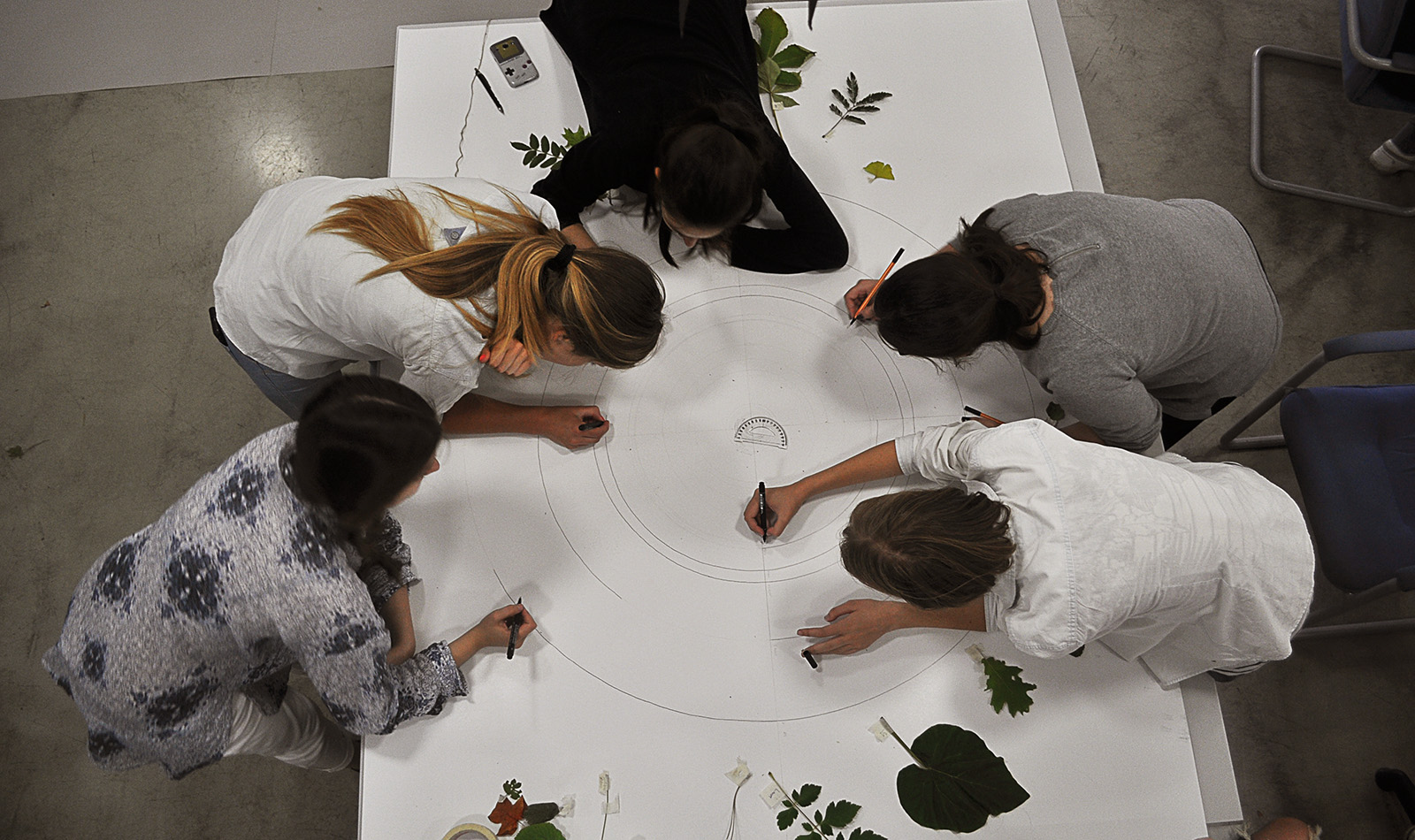 Since 2016 I have worked as a Senior Associate at Petnica Design Programme, a unique educational blend of design, art, science, and technology. Petnica campus is located between a forest, a lake, and a cave near the city of Valjevo. Design Programme was founded by Borut Vild and developed by Isidora Nikolić and Vesna Pejović. I've conceptualized and led this workshop together with them.

Inspired by authors and artists such as Stephen Wright and Giorgia Lupi, the workshop was motivated by the idea of humanization of technocentric data paradigm.

It started by measuring every tree within the Petnica campus. The final data set contained records for almost 100 trees: trunk girth, canopy height, plant species, etc. The statistical analysis revealed there are three clusters of trees: the young ones, planted during the 2011 reconstruction of Petnica; mature trees, planted when Petnica was founded in 1982; and the old giants, planted near the church and the school of the old Petnica village. The oldest tree with the widest trunk is a majestic black pine several hundred years old.

The final visualization was a hand-drawn chart of all trunk diameters. Each tree was represented by a ring. Rings were connected with leaves, indicating plant species. The perfect scale of 1 : 1 created a subtle emotional effect – as if one was watching collective stump rings, a single overlapping portrait of a small forest.

The piece had been exhibited at the campus hall, until destroyed by a rainstorm several years later.