Project Categories
Maps of Bantustan Readership
Series of interactive data visualizations and generative infographics that track and show the readership of Bantustan: Atlas of an African Journey , a book of travel prose written by Lazar Pašćanović, Marko Đedović, and me. 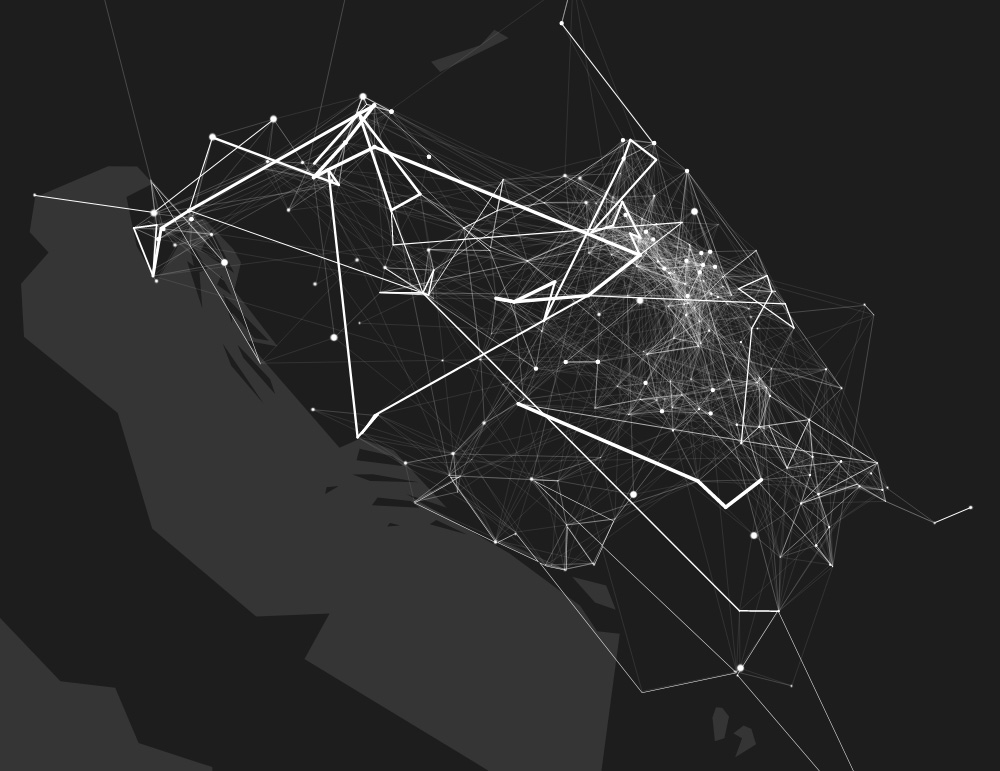 The symbol of the map is important for several reasons. Including a series of hand-illustrated maps, infographics, and data visualizations for non-linear reading, Bantustan is an example of ergodic and interactive literature. All maps and visuals have been meticulously drawn by hand, digitally, using a drawing tablet. Maps represent a tapestry of pictograms, different writing systems, coats of arms, labyrinths, and other hidden symbols.

The book was published as a community non-profit self-publishing project, via a crowdfunding campaing organized by The Travel Club (Klub putnika). It is available as an openly licenced free electronic book (currently only in Serbo-Croatian; we are working on the English version at the moment).

The term bantustan, with its Apartheid undertone and its post-Yugoslav connotation, is used as a symbol of both personal and collective segregation, isolation and self-isolation. The act of traveling is thus an anti-bantustan act, just as the journey of the book itself, from one reader to another, is also an anti-bantustan act. Creating unexpected connections and fluid spaces beyond any border – state, national, historical, psychological, economic.

A series of visualizations show these spaces and connections. There are precise statistics: where the book was ordered from, to which places, cities, countries and continents the book went. There are also artistic depictions of the connections between these places, which are generated algorithmically and are different each time. By changing the drawing parameters, users / readers / viewers can change the appearance of the map. Just as particles collide in a fluid, people and stories collide on these maps.

These maps are also a visual analysis of the muddy cultural space of the pluricentric Serbo-Croatian language. Although it is not impossible to recognize the borders of former and current countries on these maps, data visualization creates a new and authentic geography of readership.

Data visualizations were published on The Travel Club portal, in Serbo-Croatian, in the form of interactive articles or essays:

The project was presented in several cities, as part of regional literary promotions and forums. I've incorporated it into syllabi for the subjects I created for the Department of Digital Art at the Faculty of Media and Communications in Belgrade. ■