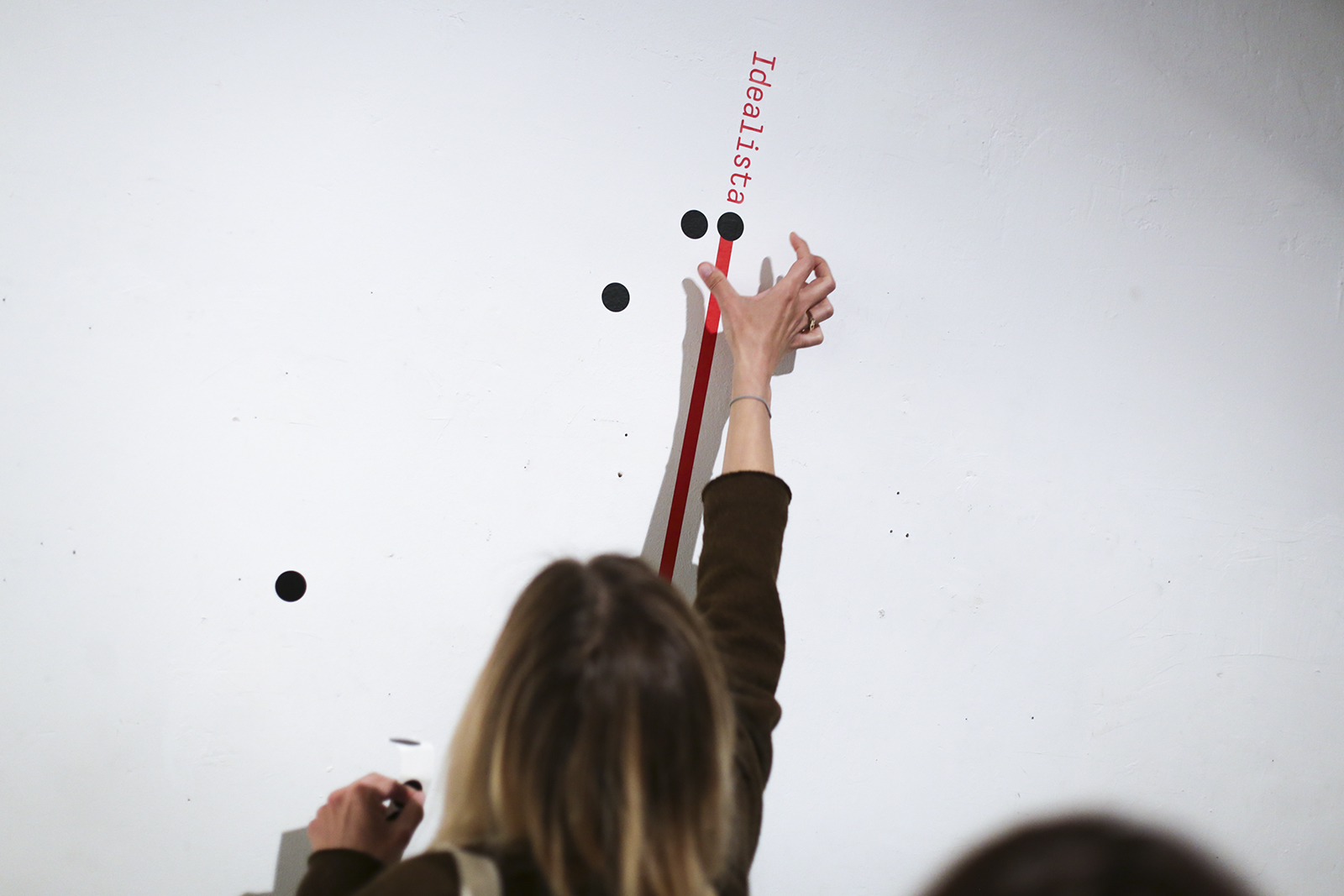 These dichotomies were presented as visual axis on five wall-sized scatterplots. Visitors were given five sticky black dot, one for each chart. They could position themselves by pasting dots on charts. After that, we made a statistical analysis. And a party.

The idea behind the project was to return the understanding of data to the hands of ordinary people, who are not data scientists. Instead of Big Data mystification, we offered Small Data tangibility.

This approach was inspired by manual and intimate dataviz projects, such as Dear Data by Giorgia Lupi and Stefani Posavec.