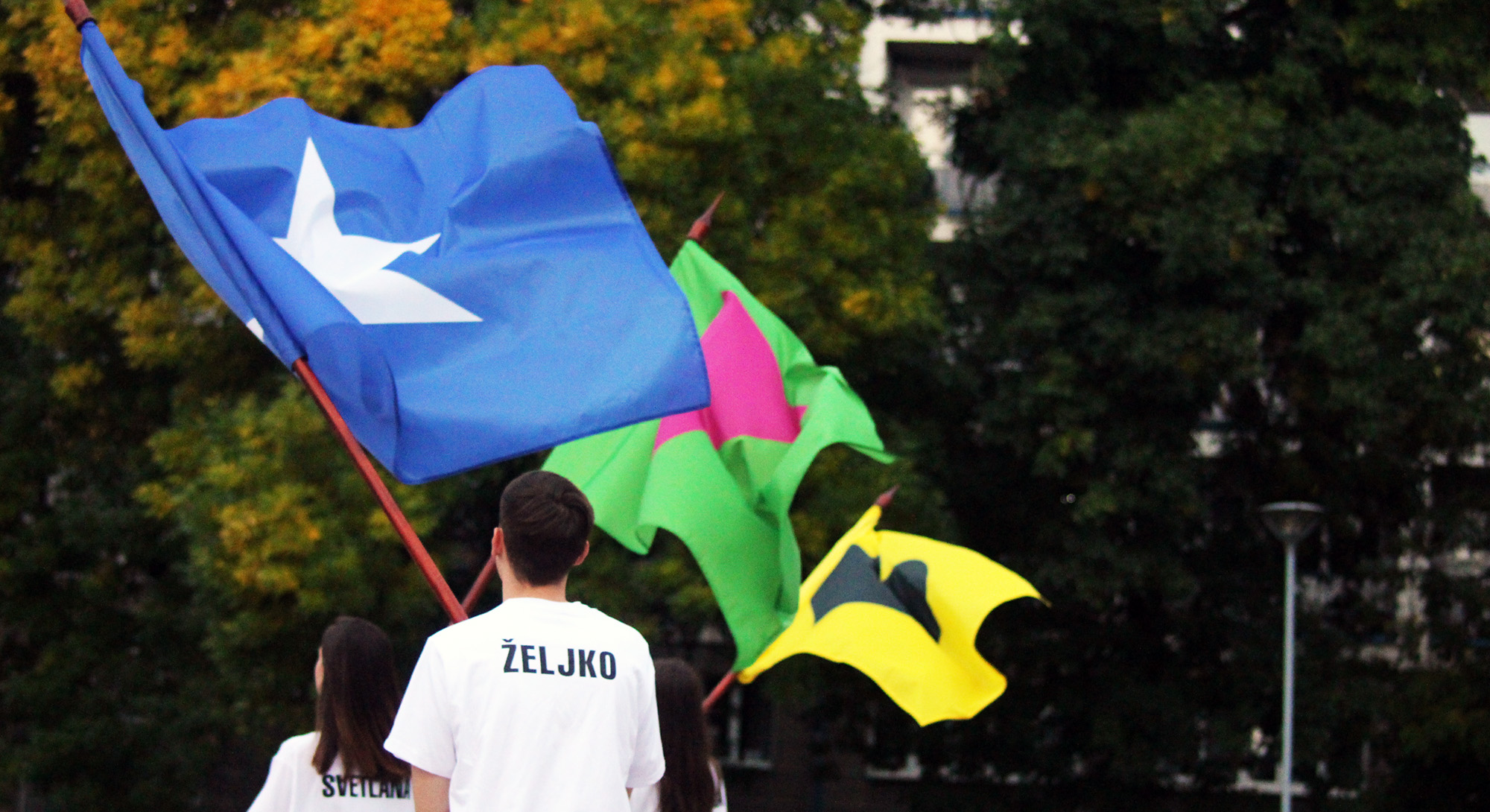 The event consists of three carefully moderated collective games for a large number of people in a public space. The games are inspired by models for measuring social relationships, sociograms and generative art. Through this event, games move from the digital to the real world.

The game uses a variety of flags and flag designs created within the All-Aligned project. Flag designs are created using the All-Aligned generator engine. As an open source AI system for automated vexillology, the All-Aligned visualise the fractal-like fragmentary nature of our digital condition and raises questions about the society where identity creation is mediated by Big Tech.

Authors of the event are students who took part in All-Aligned workshops in the Students' City Cultural Centre in Belgrade, Teodora Simić, Svetlana Ilić, Teodora Kozomara, Vanja Ivanović, Niks Božović, Teodora Jevtić, Željko Petrović and Miron Petrik Popović. They've created, conceptualized and realized the event under the mentorship of Ana Pinter from the theater organization Threepenny and Uroš Krčadinac, a digital artist and creator of the All-Aligned software.

The All-Aligned in Movement was organized in September 2022. within the public space in front of the Students' City Cultural Centre (SCCC) Gallery, with a help of Maida Gruden and Andrija Stojanović. The event was part of the Studenator project, which was supported by the Serbian Ministry of Culture. ■