Project Categories
Foreign Affairs
Interactive data visualization that shows all travel expenses Serbian Minister of Foreign Affairs made during his tenure before 2013. It was a collaborative open data project between the Uzrok Design Studio and the BIRN Investigative Journalism Team in Belgrade. 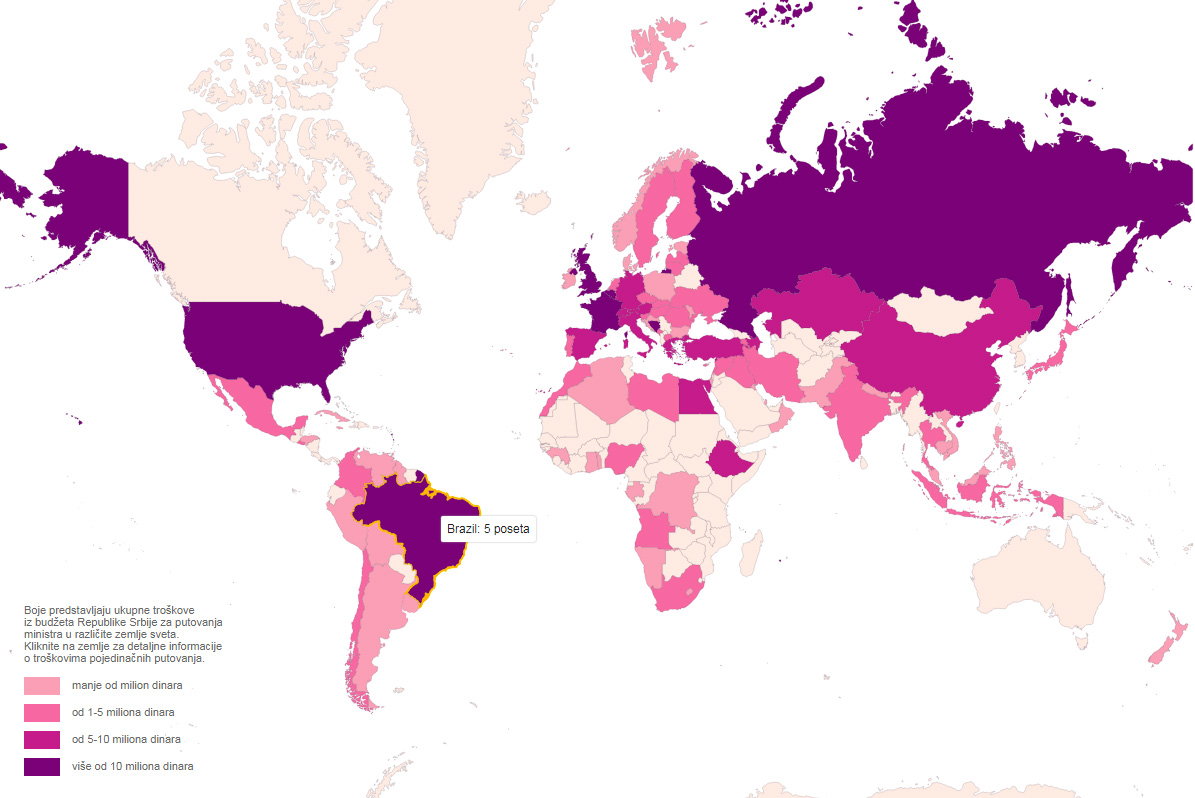 One of our first projects was Foreign Affairs, an interactive Web visualization of minister's travel expenses. The visualization was based on a data set provided by the BIRN Investigative Journalism Team in Belgrade.

When published on BIRN's portal Javno in 2013, the visualization created a significant viral effect.

In 2019 I wrote an essay for Balkans Media about this project (in Serbo-Croatian), taking it as a use case for showing dos and don'ts in contemporary data journalism. I focused on shortcomings of the project, in order to stress the importance of self-assessment.

Foreign Affairs was presented at the Republika Fest in Rijeka, Croatia, at the Point Conference in Sarajevo, BiH, as well as during an artist talk in Nova Iskra, Belgrade, Serbia. ■