Project Categories
Cyclozoetrope
Half-bicycle, half-zoetrope, cyclozoetrope is a centaur machine. Cinema powered by cycling. Originally conceived as an interactive kinetic monument to dying cinemas of Belgrade, it grew into a unique workshop and installation tool for hand-drawn animation and printed GIFs. 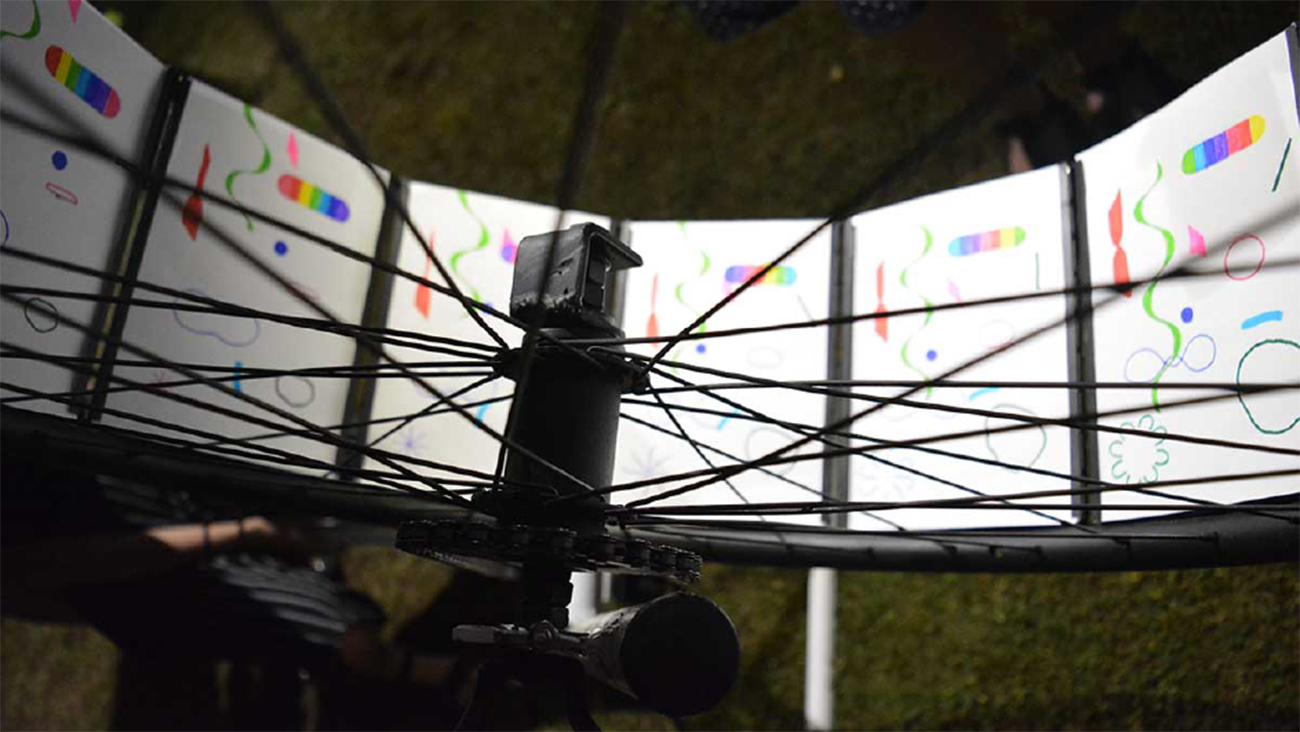 In the 21st century Serbia film theaters are getting shut down one by one, so moving images have to be moved as in the 19th century – mechanically. Cyclozoetrope began as an interactive, physical, and kinetic monument to this post-cinema landscape.

The endless loop of the zoetrope rotating image can be interpreted as a vicious cycle. This kind of neverending animation was sometimes called the wheel of the devil.

Original zoetropes are early pre-film animation devices for creating an illusion of motion displaying a sequence of drawings or photographs showing progressive phases of that motion. It usually consists of a cylinder with cuts vertically in the sides. The name zoetrope was composed from the Greek root words ζωή zoe (life) and τρόπος tropos (turning); thus, literally, zoetrops are wheels of life). In the case of cyclozoetrope, the cylinder is connected to the mechanism of a stationary bicycle. That is why it has horizontal cuts.

The project was conceived with Ivana Marić from the organization Naš grad, naša scena. The machine itself was built in cooperation with the Karkatag Collective. Cyclozoetrope is now used as an installation and workshop tool. ■